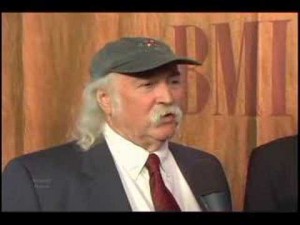 David Crosby of Crosby Stills and Nash was involved in an accident on Sunday, March 22 near his California home. Crosby struck a jogger from behind while driving his eco-friendly Tesla, causing the jogger injuries that required an airlift to a nearby hospital.

Crosby stopped to help the hurt runner, was going the speed limit 55 at the time, and was not found to be impaired in any way.

California Highway Patrol Spokesman Don Clotworthy said that Crosby indicated that the sun was the reason why he did not see the jogger, and the enforcement official noted that it is standard practice that pedestrians and joggers go towards traffic than the same direction as traffic.

Crosby is not being charged, is relieved the man didn’t suffer life ending injuries, and it won’t affect an upcoming tour. Crosby, Stills, And Nash start their U.S. Tour of April 29 in Lincoln, Nebraska.